Premise: How does that old saying go? “Records are made to be broken.”

Question: So why are all of the continental record high temperatures so old?

They all fit on our graph of global temperature measurements from 1931 to 1979, except for the two that predate it. Indeed, the hottest recorded temperature in the world is also the oldest and dates back to 1913! 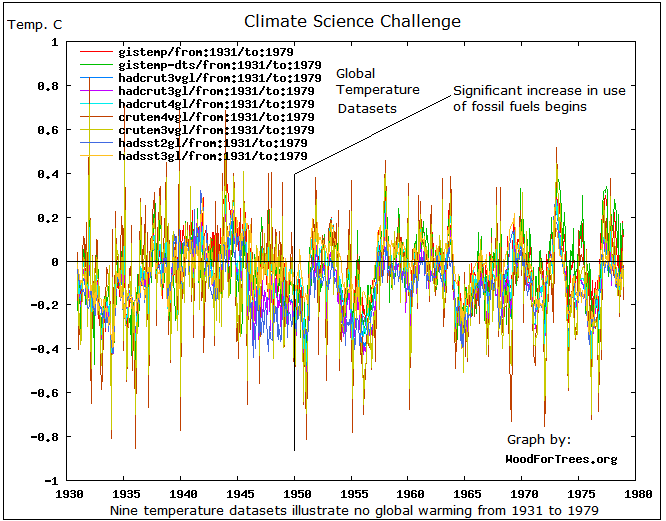 Conundrum: Shouldn’t most or even all of those records be constantly being broken as the world is supposedly warming at a catastrophic rate?

Conclusion: Even the empirical evidence on the record books isn’t co-operating with anthropogenic global warming theory.

[Go to the beginning of the Climate Science Challenge]
Loading Comments...