Premise: The adherent-establishment claims that global warming is causing innumerable calamities around the world. But do they ever show you actual observational datasets to backup their claims? No. Let’s examine some of these claims and you can see for yourself if their claims stand up to the dataset empirical evidence gathered on these phenomena. (Again, using their datasets.)

Adherent–establishment claim: Mid Pacific islands are being submerged by rising oceans, with projections ranging from a couple of feet up to more than ten feet over the next 100 years.

Conundrum: According to the National Oceanic and Atmospheric Administration the mid Pacific Ocean is rising at an average rate of less than 3/4 of a foot per 100 years, which is unsurprising with the moderate amount of natural warming since the Little Ice Age ended in about 1850. (Numbers were sourced from NOAA website on Aug.29.15) NOAA in August of 2015 also reported, “the absolute global sea level rise is believed to be 1.7-1.8 millimeters/year.” This global measure works out to only 0.58 feet per 100 years. And this rise is not from the Antarctic ice melting. A 2015 NASA study has found that the Antarctic ice sheet is actually gaining ice, not losing it. It turns out that the small amount sea level rise that has been detected is mostly a result of groundwater extraction around the world. Water that used to reside in landmasses now ends up in the oceans and they rise. No global warming is necessary to account for the very slight rising in sea level.

Conundrum: I see consolidation – what about you? 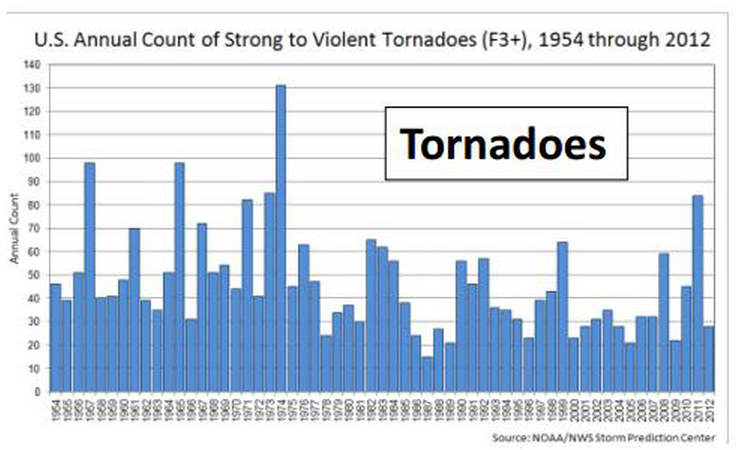 Conundrum: Looks like there were less severe storms after 2000 than before.

Conundrum: Both show fluctuations over the last 100 years, but not a rising trend from supposed global warming. 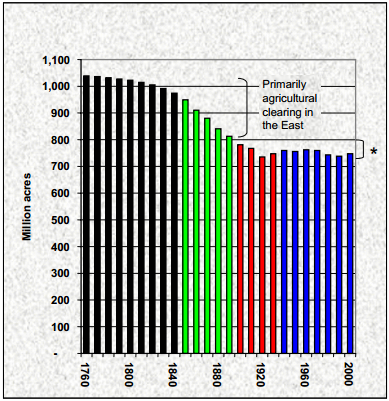 Conundrum: Again, I see consolidation over the last 100 years.

In fact, over the last thirty years satellites have measured that the increase of carbon dioxide in the atmosphere correlates with a significant increase in the density and area of global vegetation. This shouldn’t surprise anyone, since flora grows by absorbing carbon dioxide from the air – so naturally, the more ‘food’ available, the more growth:

This increase in global flora likely also correlates with an increase in fauna, as the two generally go hand in hand. And, although not currently measured, it is highly likely that these developments are also occurring in the earth’s oceans for the same reasons.

Adherent–establishment claim: Remember the warnings of winters without snow? 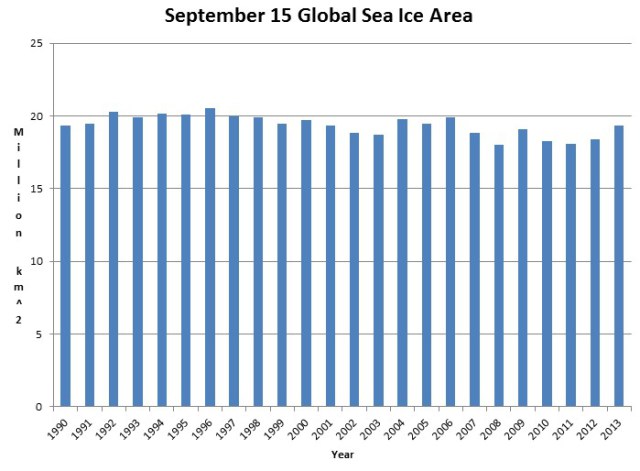 Conundrum: Looks pretty steady to me. Might have been a slight bit more during the Mount Pinatubo ash period during the early and mid nineties.

Adherent–establishment claim: Global warming is causing the Antarctic ice sheet to warm up and melt. 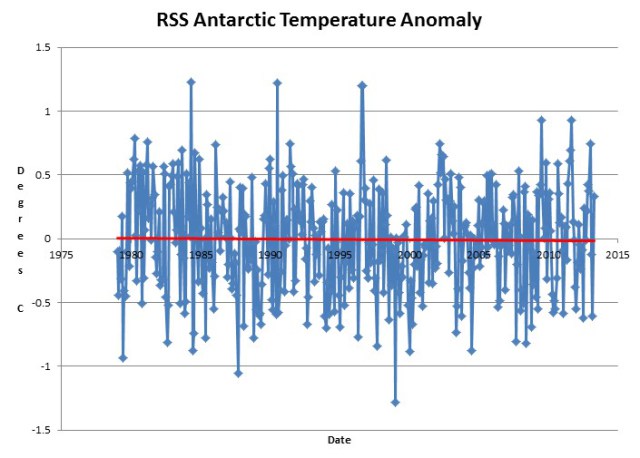 Conclusion: Just as with the empirical evidence in our global temperature graphs, nothing seems abnormal in the above graphs. In other words, there have been NO parallel effects of a supposed extreme global warming in regard to the dataset empirical evidence of sea level, hurricanes, tornadoes, drought, flooding, forest die-off, wildfires, snow cover, global sea ice area, and Antarctic temperatures. These are what you would expect if global temperatures had been consolidating for 73 of the last 84 years. What global warming?

[Go to the beginning of the Climate Science Challenge]
Loading Comments...